German Freikorps volunteer units came to Latvia ostensibly to save the country from invasion by the Red Army. Since then however they have seized power in the country, with Freikorps commander Goltz ruling through a puppet government. The Germans have continued to push back the Soviets and today they evict them from Riga, Latvia’s capital.

Before the war Riga was an important industrial and commercial centre and had a substantial community of ethnic Germans. The intervening years have not been kind to it, with industrial activity having collapsed and the city having lost half its population. Nevertheless, to the Freikorps its capture is a triumph, calling to mind its previous seizure by the German army in 1917, when it still looked like Germany might win the wider war.

With Riga now secure the ambitions of the Freikorps are growing. Goltz begins preparations for an invasion of Estonia, intent on expanding his Baltic empire.

Freikorps officers before the attack on Riga (Wikipedia) 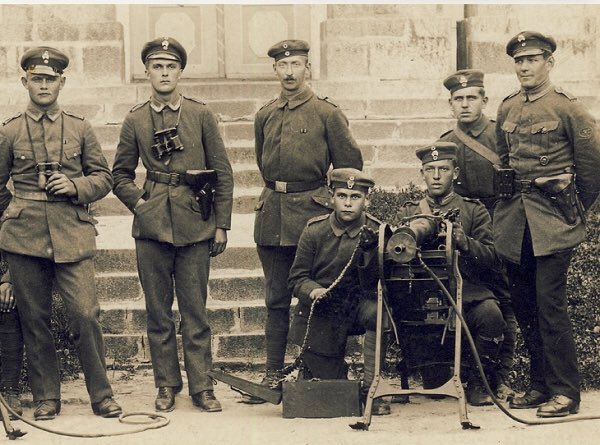 Germany’s defeat allowed Latvia to gain its independence, but soon after it found itself being invaded by the Red Army. In desperation the Latvians began to recruit German volunteers to form a mercenary army. The German volunteer units are known as Freikorps, like the volunteer militias busily suppressing ultra-leftism in Germany itself. The Latvian Freikorps are led by Rüdiger von der Goltz, who previously commanded the German intervention force during the Finnish Civil War.

Recruiting the Freikorps proves something of a faustian pact for the Latvians. The Germans are openly contemptuous of the Latvians they have supposedly come to save and are casually brutal to any they suspect of Bolshevik sympathies. And now they break completely free of control of the Latvians, with Goltz deposing the Latvian government and instead appointing Andreas Needra, a Lutheran pastor, to head a puppet regime. Goltz and his supporters hope to turn Latvia into a de facto German colony and to then use it to dominate the eastern Baltic.

The Red Guards in Finland are now on the back foot. Counter-revolutionary forces have stormed the mill town of Tampere. Now the Reds are under attack in Helsinki, the country’s capital, which has been under Red control since the start of the civil war. Mannerheim, commander of the Finnish Whites, wanted to leave Helsinki alone until his men are ready to attack it but Goltz, commander of the German expeditionary force, has different ideas. He wants the civil war in Finland brought to an end as quickly as possible, in order to intimidate Russia’s Soviet government. So his men attack the city while German warships bombard it from the sea.

The ill-trained Red Guards are no match for the regular troops of the Germans. Helsinki is soon secured, with the last Red holdouts in the working class district of Kallio surrendering today. Several thousand Reds (fighters and sympathisers) are arrested and transferred to a prison camp on the Suomenlinna islands.

With Vyborg in the east the only remaining major centre of Red resistance it looks distinctly like the Finnish civil war is drawing to a close.