Serbia is being invaded by the armies of Germany, Austria-Hungary and Bulgaria. A small French force has advanced north from the Greek port of Salonika, hoping to keep open a line of retreat for the Serbs. However the Bulgarians have managed to interpose themselves between the Serbian army and the French. Now at Krivolak the French themselves come under increasing attack by the Bulgarians. Their commander, Maurice Sarrail, had called for his men to be reinforcement but alas the Allied cupboard is bare. Now his men are forced to begin a fighting retreat back to Salonika. Their mission to aid the Serbs has failed.

Things are not going well for Serbia. The Austro-Hungarians and Germans invading from the north have been joined by a Bulgarian invasion force from the east. The combined onslaught is too much for the Serbian armed forces. They retreat to Kosovo in the south of the country. Much of the country’s civilian population is in flight, fearing the vengeance of the Austro-Hungarians. Famine and pestilence stalk the land. The end of Serbia appears to be nigh.

The Serbians are in desperate need of assistance from their allies but the help forthcoming from Britain and France is a derisory. A small British and French force landed in the northern Greek port of Salonika. The Allies had hoped that by doing so they could bring Greece into the war on their side and lead the Greek army to Serbia’s aid. Eleftherios Venizelos, the Greek prime minister, was supportive of this endeavour but King Constantine is determined that his country remain neutral. The Greek authorities have made no attempt to dislodge the British and French from Salonika but there is no prospect of their army marching with the Allies to the aid of Serbia. 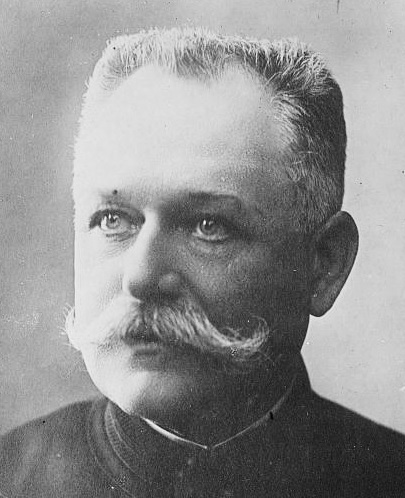 Despite the uncertain Greek political situation, General Sarrail has sent his French force north from Salonika into Serbian Macedonia. His force is too small to materially effect the outcome of the fighting there but he hopes to secure a corridor for the Serbians to retreat to Salonika. However, even this modest goal is starting to look like it might be over-ambitious. The French find themselves fighting the Bulgarians near Krivolak. If Sarrail expected the Bulgarians to be an easy enemy to fight he is now disabused of that notion. His force finds itself battling more for its own survival than to keep lines of communication open to the Serbians further north.

Things are not going well for Serbia. The German and Austro-Hungarian forces invading from the north are proving unstoppable. Belgrade has fallen and counter-attacks have failed to dislodge the invaders. This invasion is commanded by Germany’s Mackensen and it does not look like there will be a repeat of the mistakes that allowed the Serbs to repel three Austro-Hungarian invasions last year.

Now things get worse for Serbia. Bulgarian forces launch an invasion of the country form the east. The Bulgarians are looking to pay back Serbia for its perceived treachery in the Balkan Wars of 1912 and 1913. They have also been promised significant territorial gains at Serbia’s expense by Austria-Hungary and Germany.

The Serbs are now desperately outnumbered and being assailed from two sides. If help is not forthcoming there is every likelihood that they will be overwhelmed. They have a treaty of alliance with Greece, obliging that country to come to their aid in the event of war with Bulgaria. Unfortunately Greece is in the grips of political paralysis, with Prime Minister Venizelos favouring intervention and King Constantine wanting to remain neutral. Until Venizelos can prevail over the King there will be no support from Greece; this is unlikely to happen any time soon, as Constantine has now sacked his prime minister and appointed a more pliant replacement.

There is a small British and French force in Salonika, the northern Greek port. They had been secretly invited in by Venizelos but now with his sacking the Salonika force finds itself in an awkward position. Nevertheless, the French under General Maurice Sarrail move north. Sarrail knows his force is too small to materially affect the outcome of the war in Serbia but he hopes to at least secure the Serbs’ line of retreat to Salonika.