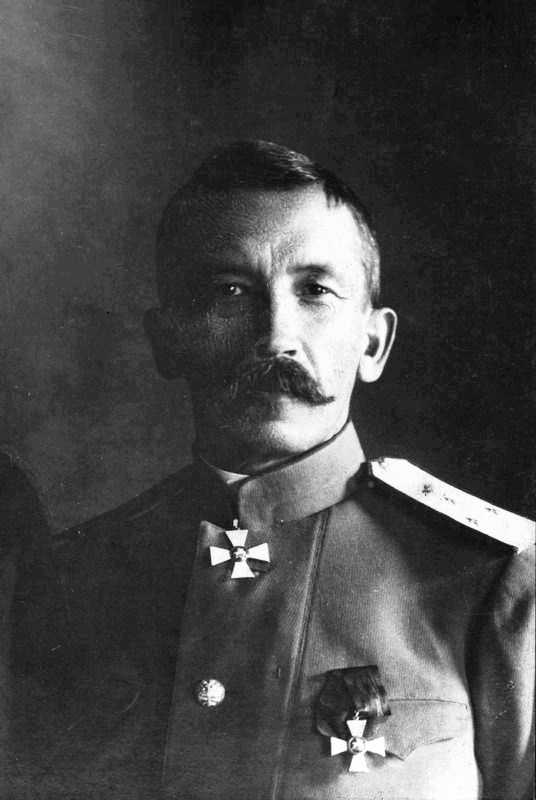 Generals Kornilov and Alexeev are leading an anti-Bolshevik army in south Russia. Together with a Cossack force they are attacking the town of Ekaterinodar in an effort to regain control of the Kuban region. But Ekaterinodar is proving a tougher nut to crack than expected: the Reds here are well-armed and outnumber the Whites. Kornilov nevertheless is determined to press on with the battle, even if it means the destruction of his army.

In the event, the fighting at Ekaterinodar leads to Kornilov’s destruction: he is killed when a Red artillery shell lands on his headquarters. Denikin, his deputy, takes over command of the army, with Alexeev taking on political leadership. Kornilov is buried in secrecy, his death hidden from his followers lest the loss of their leader provoke a collapse in morale.

Denikin now orders the army to abandon Ekaterinodar. They set off once more across the steppe, now marching back towards the Don region from whence they originally came.

When the Red Army captured the city of Novocherkassk, Lenin declared the Russian Civil War to be over. Generals Kornilov and Alexeev beg to disagree. They are leading an army of anti-Bolshevik volunteers on a march across the steppes of south Russia, trailed by a refugee horde of those whose lives of privilege and comfort have been turned upside down. Kornilov and Alexeev’s army is supporting itself by looting food and other supplies from the peasant population it passes through, taking revenge on the lower orders for the slights and misfortunes the Revolution has visited upon them. In villages suspected of leftist sympathies the Whites are also carrying out massacres, supposedly as reprisals for Red atrocities in Rostov.

By now the Whites have linked up with Cossack army from the Kuban region, now largely under Red control. Together Kornilov and the Cossacks resolve to take the fight to the enemy, today beginning a march on Ekaterinodar, the Kuban’s capital.

The Bolshevik leaders of Soviet Russia face internal and external enemies. German and Austro-Hungarian troops are advancing into the country, determined to force the acceptance of punitive peace terms. In the south of Russia meanwhile officers of the former Tsarist army have formed a new force in the hope of overthrowing the Bolsheviks. Under Kornilov and Alexeev the Whites, as the Bolsheviks enemies are known, have occupied Rostov. They hope to recruit the Cossacks to their anti-Bolshevik crusade.

The Bolsheviks are unable to resist the German invaders but they have more luck with Kornilov and Alexeev. The Cossacks are less keen on joining the counter-revolutionaries than expected, with many even supporting the revolution. Meanwhile workers uprisings in the towns near Rostov leave the Whites in Rostov dangerously exposed. Rather than fight to the finish there, Alexeev and Kornilov lead their men on a retreat south. Red Army units arrive in Rostov today as the Whites march across the steppe. With the Whites are their family members and the desperate bourgeoisie of the city, who fear the rough justice of the Reds.

Alexeev and Kornilov are marching towards the Kuban region, where they hope to regroup. Perhaps the Cossacks there will be more amenable to joining their war against the Bolsheviks. In the meantime they are living off the land, feeding themselves from whatever they can loot from the local peasantry.

The Ice March, by Dmitri Shmarin (Art and Faith [a Russian art blog])

At Brest-Litovsk German and Russian delegates are attempting to negotiate a settlement that will bring a final end to the war between the two countries. The Germans are representatives of the Kaiser‘s imperial government, which effectively means that they are the agents of Hindenburg and Ludendorff; the Russians have been sent by Sovnarkom, the Soviet government of Lenin‘s Bolsheviks. The Germans hope that peace with Russia will allow them to send large numbers of troops to the Western Front; they also hope to seize territory and extract resources from the Russians. The Russian delegates however are playing for time, hoping to spin out negotiations until revolution spreads to the other belligerent nations of Europe. They try to advance the revolutionary agenda by making lofty calls for a peace based on no annexations and no indemnities and call for an immediate ceasefire on all fronts in Europe.

At home meanwhile there are signs that the Soviet government in Petrograd may soon have to fight for its survival. Fighting has broken out in the southern Russian city of Rostov, where Bolshevik forces are under attack from the newly formed Volunteer Army, led by Generals Kornilov and Alexeev. This force is top heavy, with a surfeit of officers, and greatly outnumbered by the pro-Bolshevik forces in Rostov. However the military discipline of the Volunteers means that they have the upper hand in the fighting, a worrying portent for the Bolsheviks if this fighting spreads. 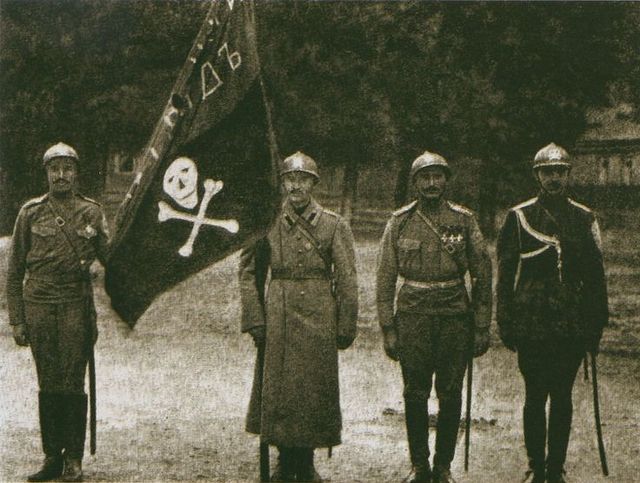 The Bolsheviks continue to consolidate their position. Striking civil servants are still a problem for the new regime. Many of Russia’s officials are opposed to the Bolsheviks’ seizure of power and have been on strike in protest. By now though the strikes are declining in effectiveness as enough civil servants return to work in order for some semblance of orderly public administration to progress.

One area where the Bolsheviks have had particular problems is the State Bank, whose staff have refused to obey the orders of Sovnarkom, the Soviet government. This puts the Bolsheviks in an awkward position, as it prevents them from paying their supporters. Finally though the situation is resolved by the removal at gun point of the State Bank’s cash reserves.

Another pole of opposition to the Bolsheviks is the army. Lenin has sent an order to all units to elect their own representatives to conduct local armistice negotiations with the Germans. Dukhonin, the acting army commander, has attempted to prevent this order reaching frontline troops. Dukhonin’s efforts are thwarted by the Germans, who have themselves retransmitted Lenin’s order, hoping to speed the disintegration of the Russian army.

Lenin decides that he has had enough of Dukhonin. He is dismissed and Krylenko, the Sovnarkom war commissar, heads to army headquarters at Mogilev to replace him. But when Krylenko arrives, Dukhonin is dead. An angry crowd of soldiers had attacked the general, accusing him of organising the release from captivity of Kornilov. Dukhonin is beaten to death and his body reportedly used for target practice. Kornilov‘s attempt to overthrow Russia’s Provisional Government and establish a dictatorship is unravelling. Thanks to agitators from Petrograd his men are deserting the cause and throwing their lot in with the revolution. In some cases Kornilov loyalists are being arrested by their own men. Krimov, leading Kornilov’s vanguard, narrowly escapes this fate, but he is obliged to travel under escort to Petrograd. Elsewhere generals fall over themselves to disassociate themselves from Kornilov’s failed putsch.

So Kornilov’s counter-revolution is over: there will be no man on a white horse to save Russia. The news is a shock to reactionary elements who had hoped that the general would restore order to an increasingly chaotic country. But the Revolution‘s supporters are jubilant. The Bolsheviks are particularly pleased. Their involvement in the anti-Kornilov militias in Petrograd has rehabilitated them following the unpleasantness of the July Days. It has also put guns in the hands of large numbers of working people who are now effectively under Bolshevik control.

Men of Kornilov’s Savage Division, which has now turned against him (Wikipedia)