In Dublin the courts-martial and executions of participants in the recent rebellion have been continuing. Each execution must first be approved by General Maxwell, the military governor. Execution is meant to be reserved for ringleaders of the revolt, but Maxwell takes a generous view of who counts as a commander of rebellion.

Pearse, Connolly, Clarke and the other signatories of the rebels’ proclamation of independence have all now been shot, but so have some of the Rising’s smaller fish. Seán Heuston commanded a small detachment that was forced to surrender early in the revolt; he is now dead. James MacBride was only second-in-command of the rebel garrison at the Jacob’s Biscuit Factory, but he has long been a thorn in the side of the British so they are happy to send him to the firing squad. And Willie Pearse’s role in the revolt was pretty insignificant, but he is executed essentially for being Patrick Pearse’s brother.

The executions have led to increasing disquiet in Ireland and have begun to engender a sympathy for the rebels that was lacking during their revolt. In London, John Dillon of the Irish Parliamentary Party condemns the executions in the House of Commons while his party’s leader John Redmond makes representations to Asquith, the prime minister. Asquith is slow to act but now he obliges Maxwell to halt the firing squads. Seán Mac Diarmada and James Connolly die today, the firing squads’ last victims; Connolly is executed sitting in a chair as wounds sustained in the rebellion prevent him from standing. 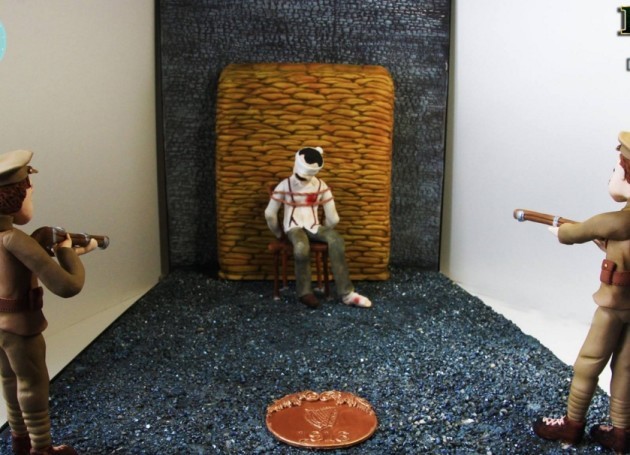 The remaining rebels who were facing death have their sentences commuted to penal servitude for life. The most senior remaining rebel is Éamon de Valera, who had commanded the garrison at Boland’s Mill. Another prominent survivor is Constance Markievicz of the Irish Citizen Army, who was second in command at St. Stephen’s Green.

In Dublin the trials of the rebels have begun. General Maxwell, Ireland’s military governor, has decided that the rebels will be tried by court-martial rather than civilian courts. As far as he is concerned, the rebels’ attempts to overthrow British rule in alliance with Germany mean that summary justice is warranted.

General Charles Blackader is presiding over the trials. These have a certain kangaroo court quality, as Maxwell has decided that they will be held in secret and conducted without a defence advocate. The courts are empowered to issue a sentence of death, though executions must first be approved by Maxwell himself.

The wheels of justice turn quickly. The first trials took place yesterday. This morning, with their death sentences approved by Maxwell, the first executions of rebel leaders take place. Patrick Pearse, Thomas MacDonagh and Thomas Clarke are killed by firing squad in the yard of Kilmainham Gaol.

The Easter Rising has shocked Dublin, with the city and its people scarred by the fighting. The area around Sackville Street in ruins. Compared to the fighting on the Western Front the loss in life has been relatively slight, with less than 500 people dying in the week of fighting. But Dublin is not the Western Front; people thought they were safe here from the war and are shocked by the blood-letting that descended onto the city’s streets. The fighting cost the rebels some 64 men killed. With 132 of its soldiers killed, the British army has had a worse time of it, but civilian deaths outnumber the combined deaths of the combatants. More than 250 civilians died in the fighting. Larger numbers of people in all categories have been injured by the fighting.

Civilian casualties are inevitable when fighting takes place in a densely populated urban centre. Most of the civilians killed or wounded were the unlucky recipients of stray bullets. But there are some more unsavoury incidents. In house-to-house fighting in the North King Street area it appears that British troops were shooting men without distinguishing between rebels and bystanders.

The perpetrators of the North King Street killings can at least claim to have been acting in the heat of battle. The actions of Captain Bowen-Colthurst in the Portobello area are harder to fathom. During the week he arrested a small number of men, held them overnight, before ordering them executed by firing squad without any semblance of trial. Bowen-Colthurst himself also shot some people he met on the street and suspected of involvement in the Rising or of having disloyal thoughts, including a city councillor who is now fighting for his life in hospital. The dead include two barmen, two journalists from pro-British newspapers and the pacifist socialist Francis Sheehy-Skeffington (arrested as he returned from a quixotic attempt to stop looting in the city centre). In the barracks the five bodies of Bowen-Colthurst’s victims are buried in quicklime to obscure his crimes.

Dubliners may think that with the rebellion over things can begin to return to normal. General Maxwell, Britain’s military governor, has other ideas. He still has his extraordinary martial law powers. He is determined to use them to pacify the country and prevent any future rebellion. The leaders of the Rising will be tried by military courts empowered to hand out death sentences. Maxwell also intends a general crackdown on disloyal elements, with mass arrests of suspicious characters planned.

Captain John Bowen-Colthurst (The Cricket Bat that Died for Ireland: Objects from the Historical Collections of the National Museum of Ireland) (this particular post is a fascinating account of Bowen-Colthurst’s bloodlust and its aftermath)

Sheehy-Skeffington faces the firing squad (The Irish Revolution; image is from a TG4 drama documentary)

In Dublin the Easter Rising is over. The outlying rebel garrisons have surrendered after receiving Pearse’s order to lay down their arms; to ensure that fighters from the Irish Citizen Army also surrender, Pearse’s order is counter-signed by James Connolly.

The rebels holding the Jacob’s Biscuit Factory are among the last to give in. Their second-in-command is James MacBride, who had previously fought for the Boers against the British Empire. Before the surrender he encourages his men to try and escape. He also advises them in future to adopt the guerrilla tactics of the Boers. “Take my advice: never allow yourself to be trapped in a building again.”

Another late surrender is that of the rebels holding formidable positions at Boland’s Mill. Their commander, Éamon De Valera only orders his men to give in after protracted negotiations. Many of them destroy their weapons rather than hand them over.

In Dublin the Easter Rising is drawing to a close. Its leaders have abandoned the General Post Office on Sackville Street: the position had become untenable after shelling from the British gunboat the Helga had set it ablaze. After spending the night on nearby Moore Street, Patrick Pearse, the rebels’ leader, accepts the inevitable. He decides to surrender, in order to prevent further needless loss of life.

As the rebels are marched away into captivity, there are instances of them being jeered by passing Dubliners.

Pearse surrenders on behalf of all the rebels. The British arrange for him to send orders to surrender to the various remaining garrisons. 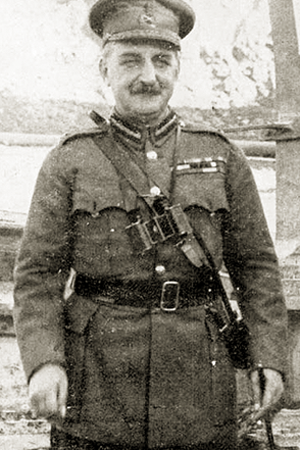 In Dublin the Easter Rising continues. General John Maxwell arrives in the city today to take command of the British forces. Under martial law he has extraordinary powers in Ireland. A veteran of colonial warfare, Maxwell is determined to bring the Rising to an end and to pacify the country, by any means necessary.

In fact the Rising is already drawing to a close. Crown forces have flooded the city and have successfully isolated the various rebel garrisons. Some rebel positions have been overrun and the situation in others is increasingly desperate.

The rebel headquarters in the General Post Office on Sackville Street is now in flames, as are many surrounding buildings. The British mounted artillery on the Helga, a coastal protection vessel, and have sailed it up the river Liffey to shell rebel positions. The use of incendiary shells has set the city centre ablaze.

With the GPO now untenable the rebels there attempt a breakout. In the evening they sally forth but make their way only to nearby Moore Street. Here they hunker down for the night, knowing that the end cannot be far off. In Dublin the Irish rebels are increasingly embattled. The British have declared martial law and are rushing troops into the city from the rest of the country and across the sea from England. They have established a cordon around the rebels and driven a wedge through the city centre that cuts off the rebel headquarters on Sackville Street from outlying positions. Rebel positions near the train station at Kingsbridge have been recaptured.

Elements of the Irish Citizen Army occupied the St Stephen’s Green park on the southside of the city, digging trenches around its perimeter. Since then British troops have occupied buildings overlooking the Green, firing down on the rebels and forcing them to retreat to the nearby Royal College of Surgeons. From there the rebels exchange fire with the British, but twice a day a ceasefire is observed so that park keepers can feed the ducks.

Tough fighting continues in other areas. The British are not having much success at the South Dublin Union, where rebels are holding out in the labyrinthine complex of buildings. The rebels’ greatest triumph however is achieved by a handful of men defending Mount Street Bridge on the south east of the city centre. British troops have landed in Kingstown and are marching towards the city centre. As they approach Mount Street Bridge, they find themselves caught in a murderous crossfire. The British stage a series of suicidal frontal assaults on the rebels and take horrendous casualties.

It takes the British five hours to secure Mount Street Bridge. By that stage the attacking force has taken some 234 casualties. All their officers have been either killed or injured. The street reportedly run with blood and are littered with dead or wounded British soldiers. In the fighting here four rebels are killed and four captured. 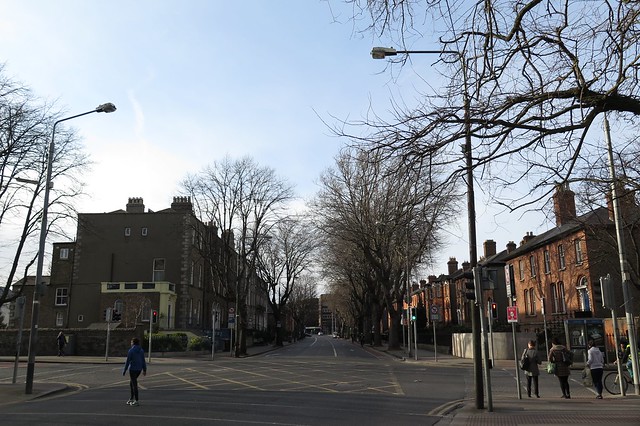