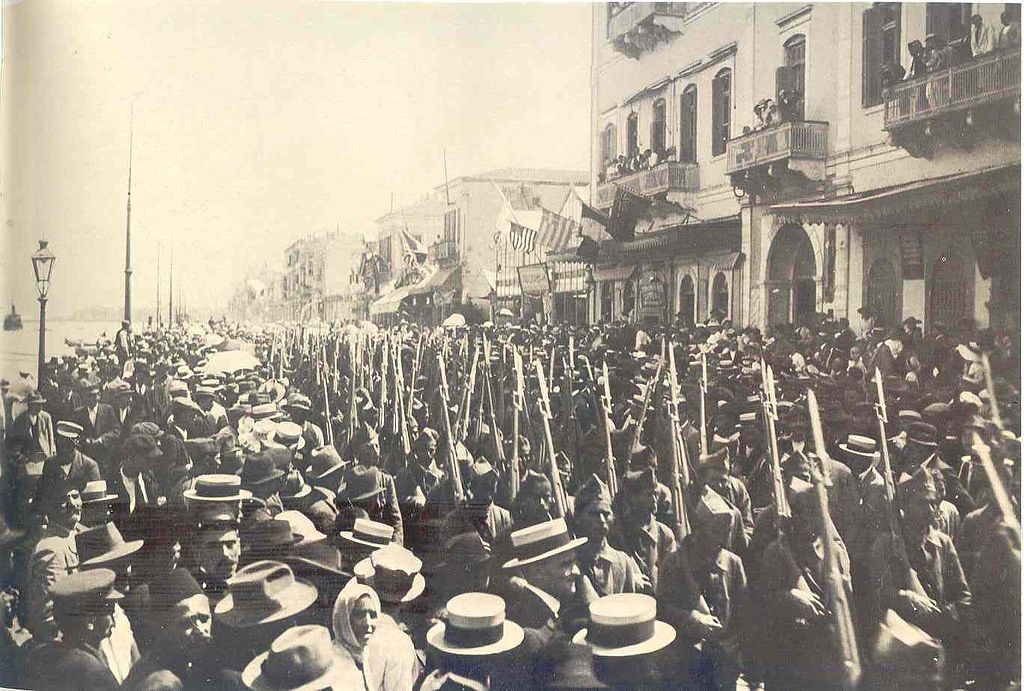 Without authorisation from the Paris Conference, Italian forces have landed in the Turkish city of Antalya, using it as a base to occupy Bodrum and Marmaris. They are also rumoured to be thinking of landing in Smyrna.

Smyrna has large Greek-speaking population. Venizelos, the Greek prime minister, is close to Britain’s Lloyd George and has been making the case for its cession to Greece. He talks of attacks on Greeks in Smyrna’s vicinity by the Turks and cites the natural affinity with his country of the city’s Greek population.

The Americans are not generally supportive of Turkey being carved up among the Allies, but Lloyd George is very insistent that Smyrna should go to Greece. In the end, Wilson agrees, if only to prevent the troublesome Italians from occupying the port. The Allies authorise a Greek landing in Smyrna, over the objections of Henry Wilson, the British army’s chief of staff, who warns that they may be starting another war whose outcome is uncertain.