Egypt’s status is currently ambiguous. Britain operates a clear leadership role in the country, yet it has not been formally incorporated into the British Empire. Egypt has its own Sultan and government, but these both operate under British control.

Many in Egypt find this situation vexing and long for real independence. The Wafd political party is emerging as the leader of the nationalist struggle and is organising throughout the country. Seeing the Paris Conference as an opportunity, Wafd leaders petition the authorities to be allowed attend the conference and state Egypt’s case. The British response is however heavy-handed. Saad Zaghloul and other Wafd leaders are arrested and deported to Malta.

The British may have hoped that Zaghloul’s removal would decapitate and neutralise Egyptian nationalism. However students in Cairo immediately demonstrate to demand his release and unrest begins to build in the countryside. Disturbingly, it looks like the British have lit a fuse that will cause Egypt to explode. 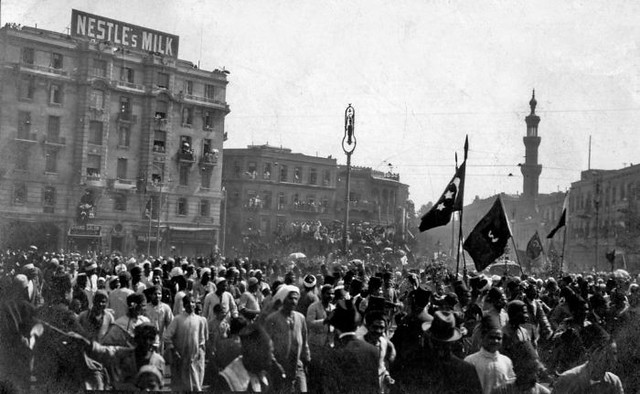 The British naval blockade of Germany played a major part in its defeat, creating a food crisis in the country by preventing it from importing grain and other foodstuffs from overseas. Germany’s food situation has not improved since the armistice; if anything it has got worse. The British are still preventing Germany’s importation of food, pending a final peace settlement, and they are now also blocking German fishing boats from operating in the Baltic. As a result great suffering continues in Germany. Today Plumer, the commander of British occupation forces in western Germany, reports to Lloyd George that his men are increasingly shocked by the sight of malnourished children begging for food and combing the soldiers’ rubbish for edible scraps; many of his soldiers are sharing their rations with the children, thereby going hungry themselves. 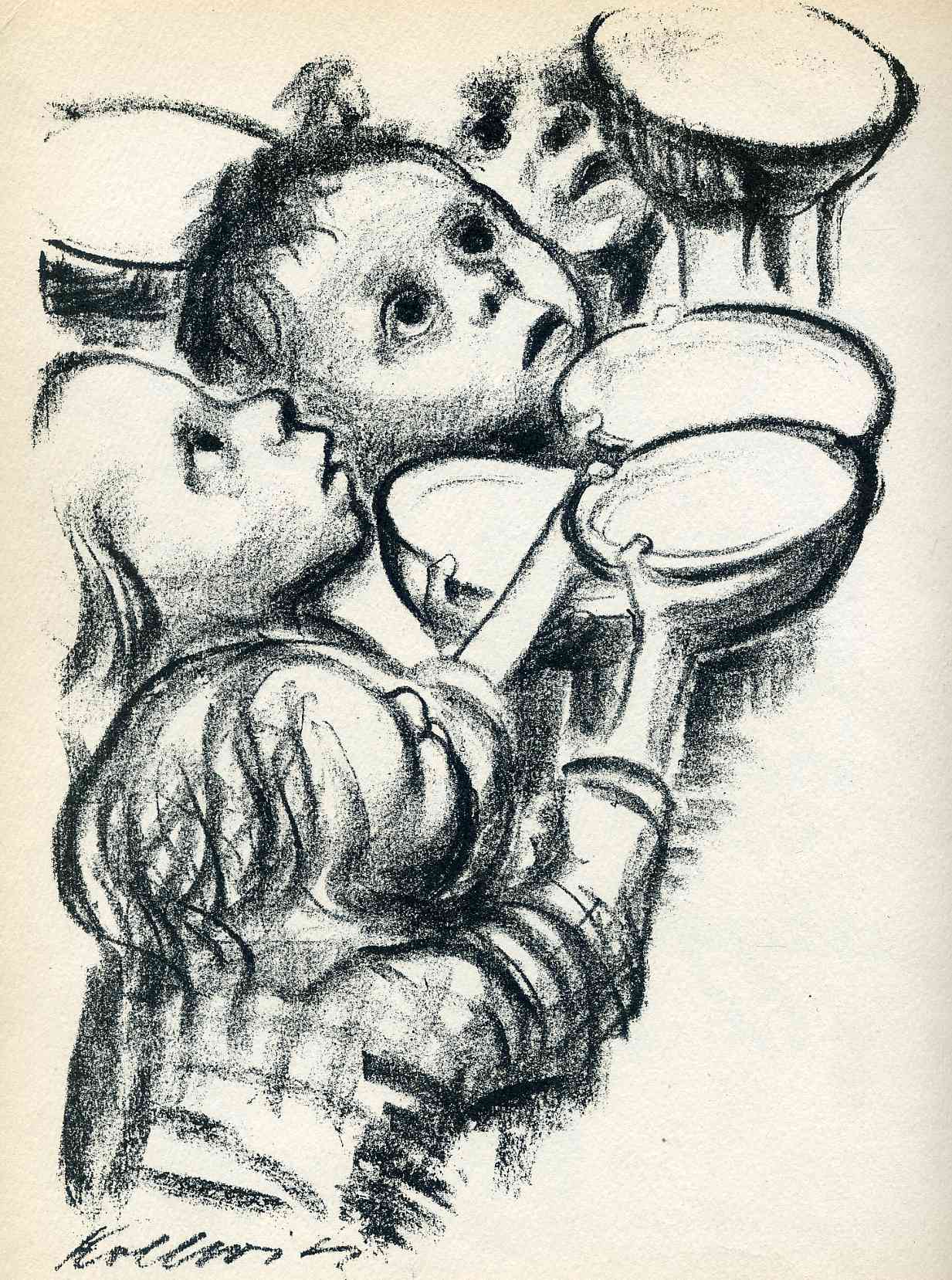 Plumer fears that the food shortages in Germany are driving the country into the hands of the Spartacists. Plumer’s fears are shared by Herbert Hoover, the head of the American Relief Administration, an organisation tasked with providing food aid to Europe. Hoover sees the Allied blockade as the main obstacle to ensuring that Germans are adequately fed and is not afraid to say so. However, the French in particular object to the blockade being lifted before peace is concluded, fearing that Germany may build up its food stocks and then renew the war if food becomes available. For now at least the Germans will continue to go hungry.

In Ireland members of Sinn Féin elected to the British House of Commons have assembled in Dublin, proclaiming themselves to be Dáil Éireann, the parliament of a free Ireland. They have attempted to gain international support for their struggle for Irish freedom, with mixed success. The US House of Representatives has passed a resolution supporting Irish self-determination, but attempts to make Ireland’s case at the Paris Conference have unsurprisingly been blocked by Britain and its Allies.

For now the British response to Sinn Féin’s efforts are relatively restrained; the authorities perhaps hope that if they leave Dáil Éireann alone it will fade away into irrelevance. British policy can at times even be conciliatory. Sinn Féin leader Éamon de Valera recently escaped from jail in England, but perhaps the drama of that affair was unnecessary. Today the British release many of the Sinn Féin leaders they had arrested last year on foot of involvement in an imaginary German plot. Griffith, Markievicz and others are now on their way home. Whether their return will calm Ireland or further vitalise Sinn Féin’s struggle remains to be seen.

The recent Spartacist uprising in Berlin was violently suppressed. Since then a certain calm has descended on Germany’s capital, with Lettow-Vorbeck (recently returned from Africa) even being treated to a parade through the city. But the calm is deceptive. Discontent still haunts the working class areas of the city, where life is still hard and the gains of peace and the transition to democracy are slow to materialise. And despite their recent defeat, the Spartacists retain considerable influence in these quarters.

Spartacist leaders Liebknecht and Luxemburg were murdered after the recent failed uprising, but the party’s organisation remains intact. Spartacist leaders now decide to call a general strike in the city, demanding formal recognition of workers’ councils, the release of political prisoners and the disbandment of the Freikorps militias.

The strike soon assumes the character of another uprising against the government. Noske, the war minister, takes a characteristically hard line, sending the Freikorps back into Berlin to restore order. But the task proves tougher initially than in January, with the radical sailors of the People’s Naval Division choosing this time to join the fight against the Freikorps. Bloody street fighting erupts and the rebels besiege the city’s police headquarters.

Today though the Freikorps manage to restore order in central Berlin, clearing Spartacist strongpoints from the city centre. Eventually, with the aid of a tank and air strikes they storm the former royal police in which the People’s Naval Division had based themselves.

But the fighting is not yet over. The Spartacists and their allies withdraw to the working class neighbourhood of Lichtenberg. Here they erect barricades and prepare for the final showdown with the Freikorps. 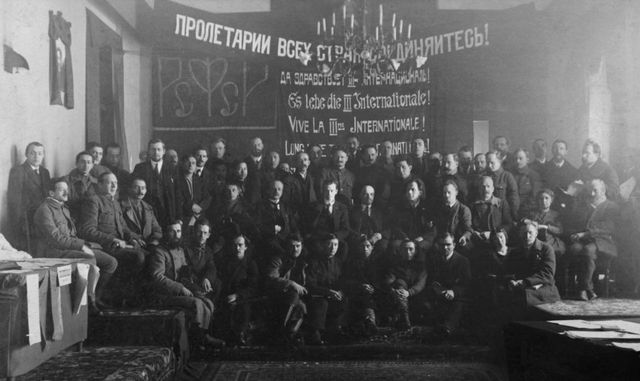 Karl Marx had demonstrated that the collapse of capitalism is inevitable and Lenin showed that the socialist transition would begin in Russia, capitalism’s weakest link. The Bolshevik seizure of power in Russia is therefore seen by its supporters as merely the first stage of a revolutionary wave that will soon sweep the world. Unrest in Germany and elsewhere indicates working people are ripe for revolution: perhaps only the slightest push is needed for the capitalist house of cards to fall.

To hasten socialist revolution, the Bolsheviks (now renamed the Russian Communist Party) call a meeting of sympathetic socialist parties in Moscow. Their aim is to replace the now largely defunct Second International of socialist parties with a new Third International, one that will be explicitly communist and which will allow the various parties to better coordinate their efforts to overthrow capitalism. And, crucially, this Communist International will be under Moscow’s control, to ensure that the affiliated parties do not slip into unsound thinking or act in ways contrary to the interests of Soviet Russia.

The founding congress of the Communist International opens today. Transport difficulties and the Allied blockade of Soviet Russia mean that it is difficult for delegates to travel to Moscow; many of those present are exiles who have been living in Russia for some time. Leading Russian communists such as Kollontai, Trotsky and Lenin himself present material to the congress. Zinoviev is appointed chairman of its executive. He reports confidently: “in a year, the whole of Europe will be communist”.

Delegates at the first congress (World Socialist Web Site: One hundred years since the formation of the Communist International)

Britain has already declared its support for the creation of a Jewish homeland in Palestine. Now leading Zionists address the Paris Conference in support of their plans, including the well-connected Chaim Weizmann and others from Eastern Europe, who remind delegates of the horrors being experienced by their fellow Jews there (where the massacres at Lemberg and more recently Proskurov have already shocked world opinion). In his presentation and his private discussions with world leaders, Weizmann is deliberately vague as to the political arrangements that will apply in this Jewish homeland; he is careful not to refer to a future Jewish state or even to the prospect of Jews becoming a majority in Palestine. American Zionists are more uncompromising in this regard, but their representatives have not arrived in Paris yet, so Weizmann’s more subtle approach carries the day.

Weizmann does not however have things completely his way. French Zionist André Spire also addresses the conference, suggesting that France’s ancient links to the Holy Land mean that it rather than Britain should be the mandated authority in Palestine. And to Weizmann’s chagrin, the French-Jewish scholar Sylvain Lévy affirms that, like the majority of French Jews, he is not a Zionist at all. He suggests that Palestine would not be able to support the Jewish population of Eastern Europe, should they all move there, and fears the consequences for diaspora Jews if, as some Zionists have suggested, they were to be given a share in the governance of Jewish Palestine. This all causes Weizmann to whisper to Lévy that he is a traitor.

No decision is reached today on Palestine. And, naturally, the people currently living there are not invited to send representatives to the conference. 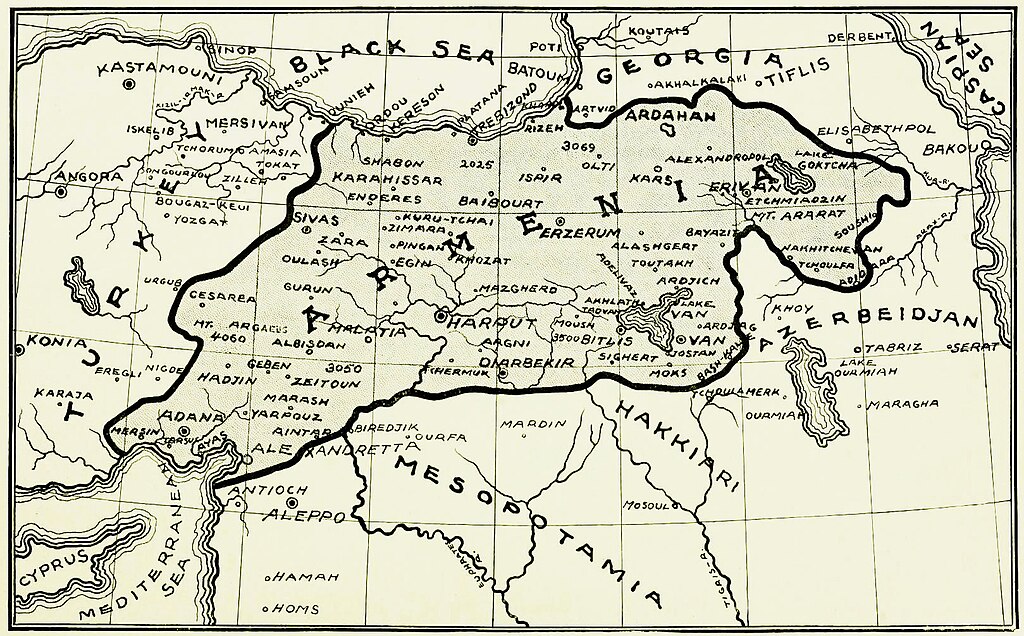 Today it is the turn of the Armenians to make their pitch to the Paris Conference. Somewhat unusually, they are not seeking their independence but rather for a big Armenia to be created as a mandate of the United States. The Armenians have suffered terribly at the hands of the Turks, who sought to exterminate them during the war, and they are fearful that a resurgent Turkey might attempt to finish the job. They also have Russia to their north and fear that without an external patron they will be invaded by either Turkey or the Red Army.

Unfortunately for the Armenians, the Americans are not keen on acquiring a dependency in the Caucasus. Any responsibility of this kind would be difficult to sell to the American public, making it unlikely that it will be included in the peace settlement.