Germany is in the grip of industrial unrest, which has spread from Berlin to other industrial centres. Hundreds of thousands or more workers have downed tools and millions have taken part in demonstrations.

This unrest has rattled Germany’s leaders. Now they respond with a crackdown. A state of emergency is declared and strike organisers arrested. Striking workers are drafted into the army. Some are sent back to work in their factories under pain of military justice if they demure, but the more militant are simply sent off to the Western Front, where they will bulk up the numbers of those taking part in the offensive Ludendorff is planning. They travel in trains daubed with such cheery slogans as “Cannon fodder for Flanders”.

For Germany’s leaders, even though they have been suppressed for now, the strikes are still worrying. Germany cannot continue the war indefinitely; if this is tried then industrial unrest will one day return and perhaps sweep away the established order. It is therefore vital that Ludendorff’s offensive brings the war to a victorious end.

The revolutionary regime that came to power after Russia’s February Revolution last year inherited the old Tsarist army. Since then that once formidable military force has fallen apart as revolutionary sentiment undermined its discipline and coherence. Many of the Bolsheviks that have now taken power are not sorry to see the old army depart the stage, viewing it as a tool of reaction that could otherwise be used against the revolution (as almost happened during the Kornilov Affair).

Now though the Bolshevik government finds itself threatened by internal and external enemies. The peace talks with the Germans at Brest-Litovsk are not going well; rather than accept humiliating terms the Bolsheviks may have to face a renewed German advance on the Eastern Front. Meanwhile within Russia counter-revolutionary elements are mustering. Kornilov, Alexeev and their Volunteer Army have occupied Rostov in the south in opposition to the Bolsheviks. Other “White” armies are springing into being across the country to oppose the revolution. It looks like Russia is on the road to civil war.

In response Sovnarkom, the Soviet government, orders the formation of the Red Army. This volunteer force is to be organised on non-hierarchical militia lines, making it a completely different kettle of fish to the old Tsarist army. Whether the Red Army will be able to take on the Germans or the Whites remains to be seen.

Red Army detachment, Petrograd (Brewminate – Laying the Foundation for the Soviet Union: 1917-1921, from Revolution to a New Structure)

Austria-Hungary has seen an outbreak of industrial unrest, with a reduction in the flour ration triggering an upsurge of dissatisfaction at the never-ending privations caused by the war. But the unrest does not progress to a full-scale attempt to overthrow the existing order in the Empire. Austria’s socialists are cautious and are not yet pushing for revolution; they appear to be following the masses rather than leading them. The Austrian authorities are able to placate the strikers by promising increased food rations once peace with Russia leads to improved access to grain from Ukraine.

But now unrest spreads to Germany. War weariness and anger at the erosion of their standard of living lead to an eruption of industrial action in Germany. Mass walk-outs in Berlin spread rapidly to other cities across the country. In the capital industrial action is co-ordinated by Richard Müller and his network of radical shop stewards.

Russia’s Bolsheviks had hoped that the Austrian strikes were a sign that their revolution was beginning to spread into central Europe. The German unrest ignites similar hopes. For the German authorities, this hope is a fear. They are determined to crush the industrial unrest, both to prevent revolution and continue the war but also to show Trotsky and the other Russian negotiators at Brest-Litovsk that revolution in Germany will not save them from having to agree to Germany’s harsh peace terms.

In Finland the Red and White Guards have been skirmishing and arming themselves in preparation for a civil war that seems all too inevitable. Now the Red Guards go one step further, taking over Helsinki and declaring a Finnish revolution. The socialist militia quickly establishes a dominance over the south of the country, with the industrial centre of Tampere a particular stronghold.

But their opponents, the Whites, are not giving up without a fight. Under Mannerheim, a former general in the Tsar’s army, the White Guard is arming itself with munitions seized from Russian troops still stationed in the country. Mannerheim is determined to lead the struggle to prevent the establishment of a socialist regime in Finland. Both sides are now mobilised. The civil war is on.

As in other countries, a certain war-weariness has taken hold in Britain. Many feel that in 1914 they were promised a short and easy war but now after more than three years the conflict shows no sign of ending and the butcher’s bill continues to lengthen. 1917 was another terrible year for the British, with tens of thousands losing their lives for nothing at Passchendaele and the early successes of Cambrai being annulled by the German counter-attack. 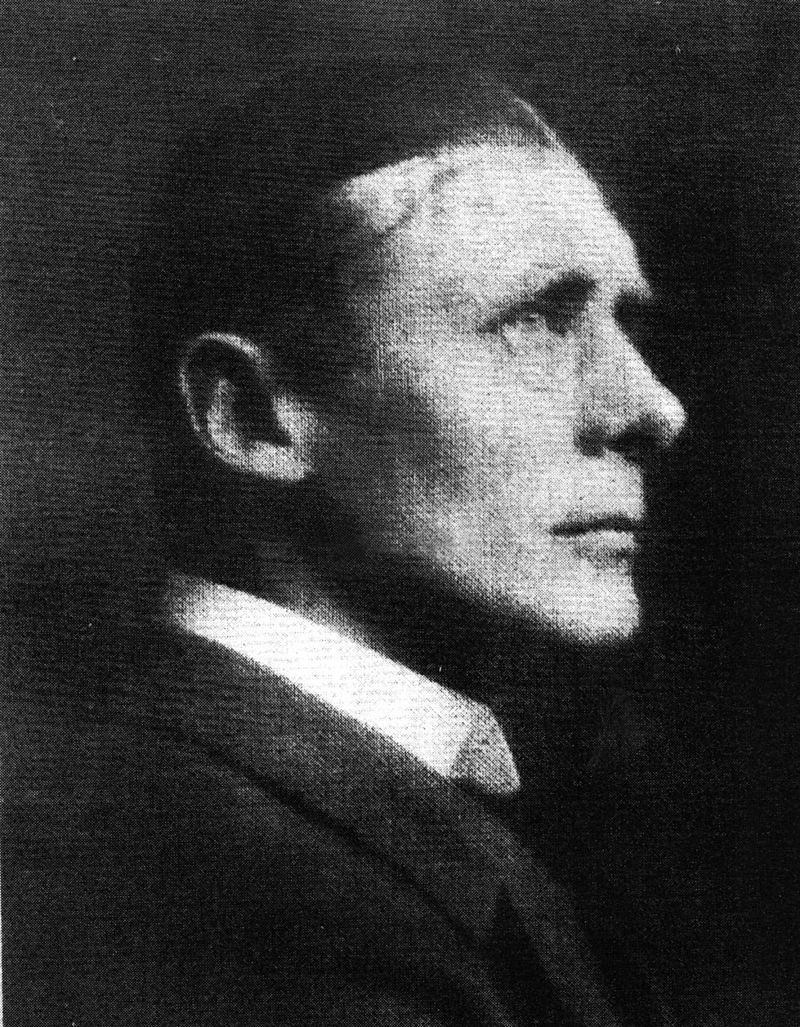 Why has Britain not been able to bring the war to a victorious conclusion? Noel Pemberton Billing may have solved this conundrum. Pemberton Billing is an independent Member of Parliament and enthusiast for aerial warfare. He is also the publisher of The Imperialist, a patriotic periodical. Today in The Imperialist he makes some particularly shocking revelations. “There exists in the Cabinet Noir of a certain German Prince a book compiled by the Secret Service from reports of German agents who have infested this country for the past twenty years, agents so vile and spreading such debauchery and such lasciviousness as only German minds can conceive and only German bodies execute.” He goes on to state that in this sinister dossier the Germans have collected the names of 47,000 British sexual deviants, whose proclivities include but are not limited to unnatural vice. Most of these depraved individuals are members of Britain’s ruling elite and they are being blackmailed by the Germans to sabotage the British war effort.

Pemberton Billing presents his readers with a pen portrait of these 47,000 degenerates. “It is a most catholic miscellany. The names of Privy Councillors, youths of the chorus, wives of Cabinet Ministers, dancing girls, even Cabinet Ministers themselves, while diplomats, poets, bankers, editors, newspaper proprietors, members of His Majesty’s Household follow each other with no order of precedence.”

No proof is advanced for the existence of this secret dossier but Pemberton Billing’s article nevertheless causes a sensation.

Thanks to German help, the military situation for Austria-Hungary looks good. The cheeky Serbs have been overrun, Italy has been chastened by the hammer-blow of Caporetto, Romania has sued for peace and the Russians have agreed an armistice and are negotiating a peace treaty. But the empire’s domestic situation is disastrous, with inflation and declining supply of food leading to industrial unrest and tensions between town and country and the empire’s separate regions.

These pressures are now starting to boil over. Austrian authorities recently announced that the already meagre flour ration was being halved. Workers have not taken this lying down: Vienna is now in the grip of a general strike and unrest has spread to Galicia and Bohemia, with workers in Budapest too having downed tools.

In Russia the Bolsheviks take heart from news of the unrest in Austria-Hungary. Their assumption was that socialist revolution would begin in Russia and then spread across Europe and the world. The strikes in Austria-Hungary seem to indicate that revolution is spreading to the heart of Europe, which would mean that Trotsky can abandon his negotiations with the Germans at Brest-Litovsk.

In November Russians elected members of a parliamentary assembly tasked with drawing up a constitution for the vast country. Lenin and the Bolsheviks hoped that the vote would legitimise their seizure of power. Unfortunately the Russian people have let the Bolsheviks down, giving most votes to the right faction of the Socialist Revolutionaries. The Bolsheviks won only 24% of the vote, leaving them well short of a majority even with the support of their allies, the left faction of the Socialist Revolutionaries.

The Constituent Assembly’s meeting is chaotic, with proceedings disrupted by Red Guards and sailors from the revolutionary naval base of Kronstadt. Bolshevik members of the Assembly walk out, followed eventually by the Left SRs. In the small hours of the morning today the Assembly adjourns. The Bolsheviks then declare it dissolved, thus bringing to an end the short life of the only democratically elected assembly in Russia’s history.

The Constituent Assembly in session (Institute of Modern Russia: 95 Years Without Legitimacy)