The outcome of this war will no doubt be decided in Europe, but the conflict nevertheless stretches its tentacles further afield. By now Germany’s overseas colonies have mostly been overrun, but in German East Africa Lettow-Vorbeck still flies the flag for the Kaiser, despite his isolation from the Fatherland and the much larger forces the British Empire is deploying against him. Lettow-Vorbeck’s army is mostly composed of locally recruited African troops, with a small number of white German officers in command. At this stage his main goal is not to defeat his enemies but to keep his army in the field, thereby preventing the Allies from transferring the troops he is fighting to the Western Front.

The armies deployed in East Africa are tiny compared to those seen in Europe. The casualties they suffer in combat are insignificant in comparison to those seen at Verdun or Passchendaele. But this is not some kind of clean war devoid of human suffering. For the native population of German East Africa, this war has been an utter disaster. Lettow-Vorbeck is keeping his army in the field by confiscating the food supplies of the local civilian population. As a result, famine and pestilence stalk the land. Some 300,000 people have died from the famine since the war’s start, roughly 5% of the colony’s pre-war population.

Lettow-Vorbeck is not just taking the people’s food: he is also taking their men. Some of these are press-ganged into his army to make up the numbers lost in the fighting, but more are seized as labourers. The poor roads and the vulnerability of horses to the Tsetse fly mean that men make the best carriers of an army’s essentials.

The British too are press-ganging a vast number of labourers from their colonies to serve in East Africa. Like the Germans, the British are treating these labourers effectively as slaves. They are also underfeeding them relative to their African soldiers, with the result that the labourers are severely malnourished and thereby vulnerable to disease. The African labourers pressed into service by the British have a higher mortality rate than infantrymen serving on the Western Front. 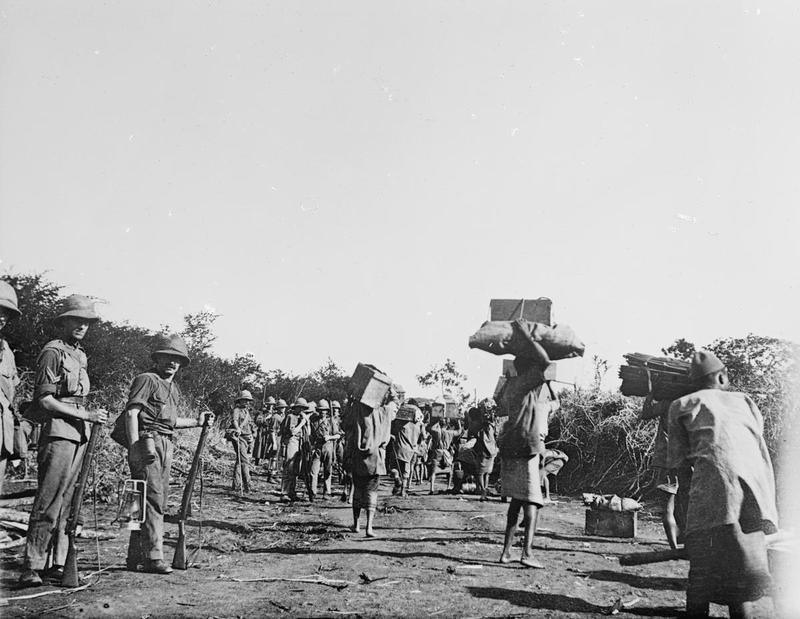