After capturing Beersheba, Allenby turned his attention to his main target: Gaza, the gateway to Palestine. Yesterday his men attacked the lines between Beersheba and Gaza. Although these positions were weakly defended the Turks put up a strong resistance, with the British and their Commonwealth allies suffering greater casualties than expected. But the brave Turks are unable to contain their enemies. The 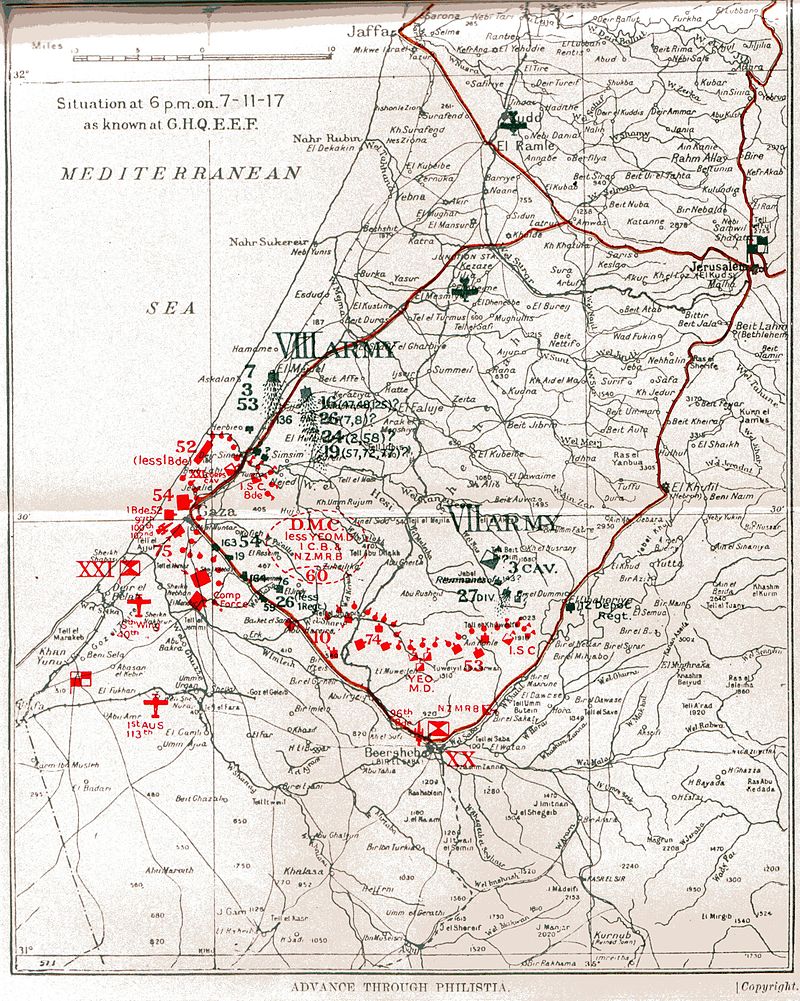 British advance makes Gaza untenable; it is abandoned and falls to the British today. Reduced to rubble by British artillery and with its civilian population evacuated, the town resembles one of the many confusing ruins of antiquity to be found in this part of the world.

The fall of Gaza puts the Turks into a difficult position. They are struggling to form a new line further to the north but their forces are in disarray and Falkenhayn‘s Yildirim group is still not fully deployed. For his part Allenby is determined to press on now while he has momentum, hoping to capture Jerusalem before the year’s end.

Gaza after its capture (Digging Around In History: Beersheba and Beyond – Palestine 1917) [I particularly recommend investigating this treasure trove of privately taken photographs from 1917 in the Middle East]