The British have deployed large numbers of aircraft to support their offensive at Arras. Knowing the importance of aerial observation to the Allies, the Germans have responded by sending many of their own fighter planes to attack the British airmen. One of these is Manfred von Richthofen, the Red Baron. Flying his red Albatross D. III aeroplane, Richthofen leads his squadron as they hunt their British foes.

Richthofen is not just a leader of men. He is also a killer. Today the red hunter has a good day, downing four British aeroplanes, sending 5 British airmen to their graves (and one Canadian).

This has been a good month for the Red Baron. Including today’s bag, he has brought down 22 Allied aeroplanes since the start of April.

On land the Western Front is still stalemated. At sea Britain remains dominant, its mighty fleet forcing Germany’s main battle fleet to remain in port. Germany is under blockade and its economy is being slowly strangled. Yet the British do not have it all their own way. German U-boats are striking back against Allied merchant shipping, hoping to starve Britain into submission. Another threat to the British is the German naval bases at Ostend and Zeebrugge in Belgium. German warships operating from here are able to disrupt Allied shipping in the Channel.

Jellicoe, now the head of Britain’s navy, is increasingly preoccupied with the threat posed by these German naval bases. Today he presents a memorandum to the war cabinet warning that Britain is heading for disaster unless these ports are neutralised. Not merely is he concerned about the disruption of Allied shipping in the Channel, he also fears the prospect of these bases being used for an attack on England itself.

Robertson, the British army’s chief of staff, passes on Jellicoe’s concerns to Haig. Haig begins to think about staging an offensive in Flanders, a Third Battle of Ypres, with the capture of the Channel ports as the ultimate goal.

There has been relatively little fighting in the southern Balkans over the last number of months. The Germans have been content to leave the Allies alone in Salonika while the Allied force there has not been strong enough to attempt a push north. Disease has taken more of a toll on both sides than the efforts of their enemies. 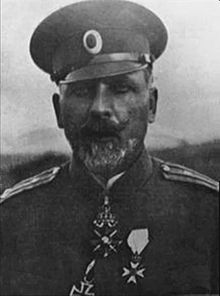 Now though the British make an attempt to push north against the Bulgarians holding the line against them. Attacking near Doiran, the British make some initial gains. However the Bulgarian defence under General Vasov is dogged; they are also favoured by the terrain. The British advance is contained, with Bulgarian counterattacks recovering many of the positions lost. Any dreams of an Allied breakthrough in the Balkans remain unrealised.

While the British have suffered another reverse at Gaza, in Mesopotamia they continue to make progress. Maude has continued offensive operations since capturing Baghdad, not content to rest on his laurels. His goal is to push back Halil, the Turkish commander, so that his still powerful army does not present a threat to Baghdad. Maude is also concerned about Halil being reinforced by Turkish troops retreating from Persia, from which they have been expelled by the Russians. He may also want to prevent the Russians from expanding into upper Mesopotamia ahead of him.

Maude’s offensive halts today. With Fallujah on the Euphrates and Samarra on the Tigris now in British hands, he is confident that British possession of Baghdad is now secure.

German leaders remain confident that the U-boat war will force Britain to its knees in a matter of months. With Russia looking increasingly chaotic that would leave France and Italy with no option but to make peace. This raises the question of what kind of peace this will be. German leaders meet at Kreuznach to discuss the future peace settlement. Chancerllor Bethmann Hollweg and Zimmermann, the foreign minister, are present, as are Hindenburg and Ludendorff.

The expectation of victory has inflamed German appetites. The meeting reaches some far reaching decisions on the reordering of Europe. Belgium is to remain under German occupation, with its intended future being that of a client state, though Liège and the coast will be permanently attached to Germany. Luxembourg will be absorbed into Germany, as will French mining regions. Germany will also gain territories in the east, with a Polish client state established beyond Germany’s expanded frontiers. Austria-Hungary will gain at the expense of Serbia, Albania and Romania.

Bethmann Hollweg would prefer a more flexible approach, so that the Russians could be lured into a separate peace by offering more generous terms. Although he states that he will not be bound by this agreement in the event of peace negotiations, the decisions at Kreuznach effectively preclude his pursuit of any kind of compromise peace.

Strikes erupted a few days ago in Berlin and Leipzig, triggered by a reduction in the bread ration. They soon assumed a political cast, especially in Leipzig, with demands being made for the release of political prisoners and an end to the state of emergency, as well as a government commitment to support a peace without annexations. In Leipzig a workers’ council emerged to coordinate the strikes, worrying similar to the soviets that appeared in Russia during the recent revolution.

Groener in the Supreme War Office (the army-led body charged with running the war economy) wants to invoke emergency powers to smash the strikes by drafting some 4,000 of the most radical workers into the army. But he is overruled and a more conciliatory response causes the strikes to peter out. Pay rises and a reduction in work hours bring the workers back to their factories, though workers in the more radicalised workplaces are threatened with being sent to the front. Hindenburg also appeals to their patriotism, warning that loss of production through strikes weakens the position of the men in the trenches.

French difficulties on the Chemin des Dames have put pressure on the British to resume their offensive at Arras. Allenby, the local commander, fears that the British troops will be throwing away their lives for no obvious gain. However, Haig, Britain’s western front commander, is only too happy to oblige the French and orders the attacks to be resumed.

British troops attack again today near the Scarpe river. Gains are made though the British face tough resistance from the Germans, who also stage strong counter attacks to try and recover their losses. 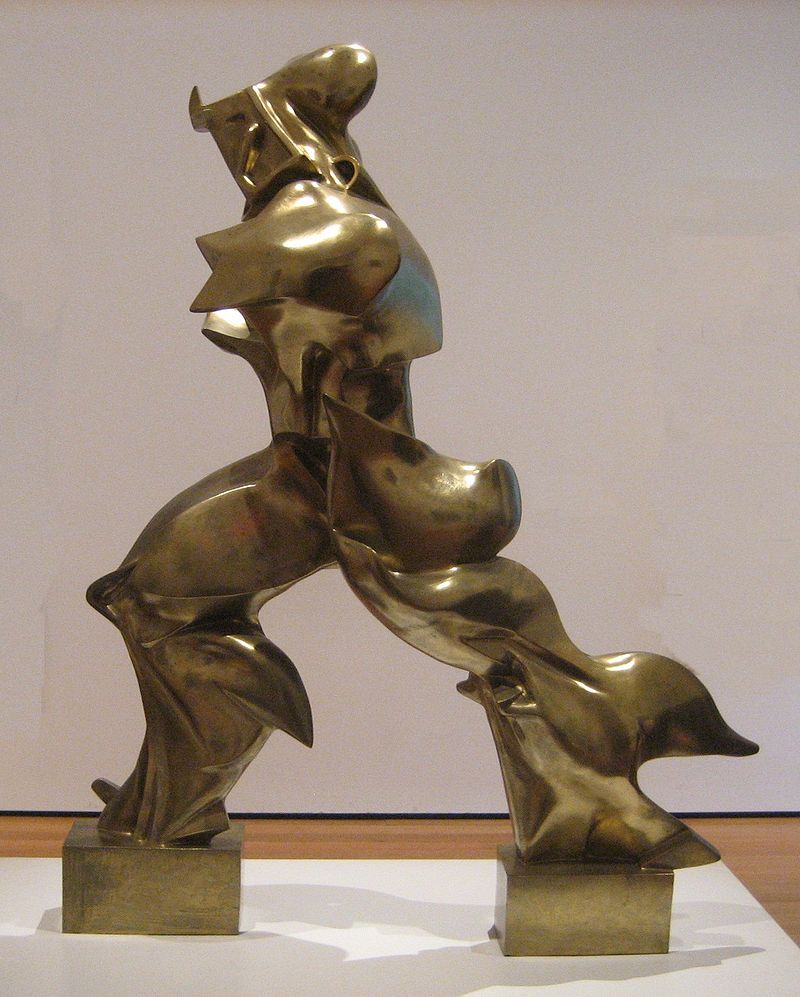 Before the war Italy’s Futurists embraced the mechanisation of the 20th century, with artworks hailing the dynamism of the new age. Many of the Futurists are strongly supportive of the war effort, seeing the conflict as bringing their ideas into life.

If the Futurists have a leader it is Filippo Tommaso Marinetti. He is not an artist himself but an influential art theorist and the writer of Futurist Manifesto. He is dismissive of democracy and supports an elitist view of society. He is also a keen supporter of the war.

At the war’s outbreak some of the Futurists joined the army, either as conscripts or volunteers. The painter and sculptor Umberto Boccioni joined an artillery regiment but died last year after being thrown from a horse. Marinetti is older, however, and this may have saved him from being conscripted. Yet his civilian status has not kept him away from the front. He has found a kindred spirit in General Capello, one of the army commanders on the Isonzo.

The Italians are preparing for their next Isonzo offensive (their tenth) and Capello recruits Marinetti to fire up the men’s fighting spirit. This Marinetti does by delivering what he terms “violent futurist speeches”, including readings of such of his poems as ‘The Song of the Pederasts’. What the soldiers make of these is not recorded.

Note: for more on Italy’s strange pro-war avant garde and the Italian war generally I highly recommend Mark Thompson’s book The White War: Life and Death on the Italian Front.

Unique Forms of Continuity in Space, by Umberto Boccioni (Wikipedia)

Nivelle‘s great offensive in the Chemin des Dames sector has failed. The French have made gains of up to 7 kilometres in some areas since the battle’s start, extremely impressive by Western Front standards, but they have taken enormous numbers of casualties and failed to break through the enemy lines. Nivelle had promised an easy victory that would smash the Germans so badly that it would bring the end of the war into sight, so modest gains paid for by unexpectedly high casualties are a great disappointment.

Today a shortage of ammunition forces a temporary halt to French offensive efforts. Privately Nivelle admits that a breakthrough will not be achieved. French goals now are limited to securing the gains that have been achieved.

As a result of Nivelle’s failure, France’s allies are being called upon to increase the pressure on the enemy. The British will have to restart their offensive at Arras, originally intended solely to divert German attentions away from the Chemin des Dames. And in Italy, Cadorna finds himself being urged to bring forward his next offensive against the Austro-Hungarians on the Isonzo.

After their previous failure, British and Commonwealth troops are attacking Gaza again, hoping to clear the Turks from this position and then advance into Palestine. Tanks, poison gas and the guns of offshore battleships have been brought to bear on the enemy. However the Turks have not been daunted by the British terror weapons. They have held their positions and staged counter-attacks to push back their assailants. Fighting has raged over the past three days but there is no sign of the Turks being dislodged from their positions around Gaza.

Now Murray, the British commander, accepts defeat and pulls his men back. He has suffered some 6,444 casualties, substantially higher than the Turks’ 2,013 losses. Three of the eight British tanks have also been destroyed.

For now the gateway to Palestine remains closed to the British.