Skip to content
Home23/12/1916 Britain advances in the Sinai 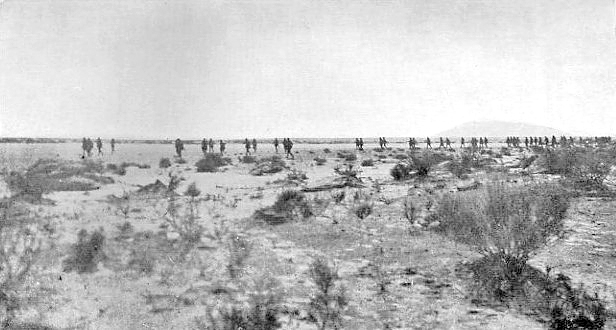 The British Empire is on the march in the Sinai, hoping to advance across this arid region and into Palestine, thereby aiding the progress of the Arab Revolt further south. Previous Turkish attacks on the Suez Canal through the Sinai have foundered because of the difficulty of supplying large bodies of troops there.

To make things easier for themselves in this regard the British are building a railroad and water pipeline as the advance. Even so, things are difficult once the men move ahead to engage the Turks. Nevertheless, they have had some successes. Turkish forces withdrew without a fight from the coastal position of El-Arish, given the strength of the British marching against them and the support they could expect from the British navy.

The Turks remain in force at Magdhaba, an inland position. From here they can retake El Arish, should the British advance further towards Palestine. So the British move up to attack Magdhaba.

The advance takes the British beyond their supply lines. Their Australian commander, General Henry Chauvel, knows that the battle must be run quickly or shortage of water will force them to withdraw.

The attack sees British, Australian and New Zealand mounted infantry approach as closely as possible to the Turkish positions before dismounting to press the assault. The fighting goes on all day and Chauvel fears that he will have to withdraw his men, but in the late afternoon the tide turns against the Turks and they begin to surrender in large numbers. There are odd episodes of fraternisation between Gallipoli veterans on both sides, with the horror of that campaign creating a point of sympathy between them.

With the Magdhaba position eliminated the British are now free to press on towards Palestine. The tide of war in the Levant is now turning decisively against the Ottoman Empire. 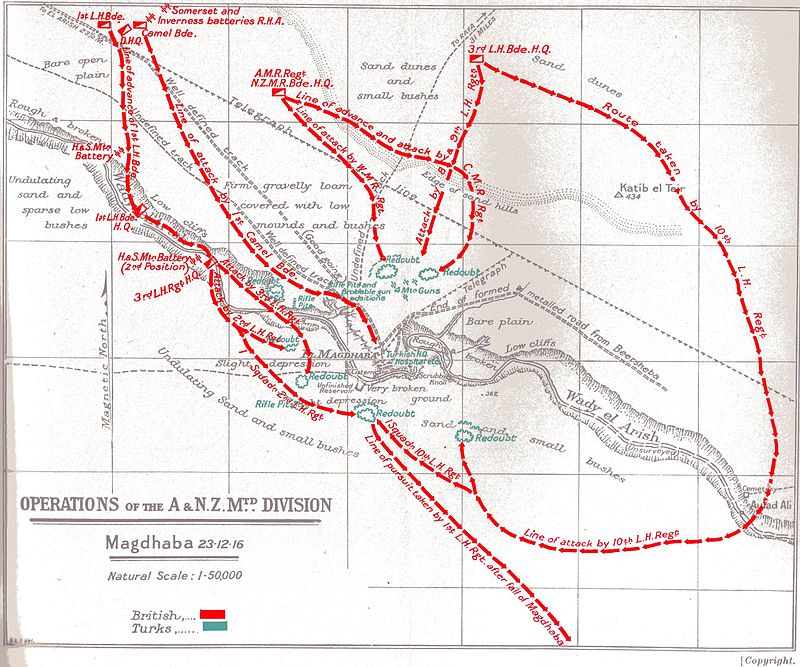