Italy has attacked seven times along the Isonzo without any great success, apart from the capture of Gorizia in the sixth battle. Despite the recent failure of the seventh offensive to make any significant gains, Cadorna remains confident that the Austro-Hungarians are close to breaking point. He has his men prepare for another assault on the enemy. And today the Italian guns start firing on the Austro-Hungarians, in preparation for the eighth battle.

Italian troops in their trench (Imgrum)

Romania’s entry into the war on the side of the Allies continues to look like a terrible mistake. With Russian help, the Romanians have managed to stop Mackensen’s German-Bulgarian thrust along the coast towards the port of Constanza. However in Transylvania they are facing a strong counter-attack from the Germans and Austro-Hungarians under Falkenhayn. The Romanians entered the war to seize this territory but now they are desperately fighting here to prevent an invasion of their country. And it does not look like this is a battle the Romanians can win. Despite stiff Romanian resistance, today Falkenhayn’s men manage to secure Sibiu, captured by the Romanians during their invasion of Transylvania.

On the Western Front war remains relatively static, with each side able to achieve only minor gains. Here in the East though a war of movement is still possible. With Mackensen and Falkenhayn pressing the Romanians hard, there is the real possibility that their decision to enter the war will see the entire country overrun by the enemy.

Bulgarian and German troops on the move (MetroPostcard)

At the Somme, the British are attacking the German-held village of Thiepval. Yesterday they occupied much of the village, including its ruined chateau. Now in brutal fighting they manage to secure the rest of Thiepval, which was to have fallen on the battle’s first day in July. The men attacking Thiepval have taken 1,456 casualties since yesterday, some 40% of their strength.

Now the focus moves to a series of German strongpoints beyond the village. The British find that the Germans have abandoned the Zollern Redoubt, outflanked by the British advance. An attack on the Stuff Redoubt catches the Germans by surprise. British troops occupy the southern edge of the position but are unable to advance further. Fighting in this warren of tunnels and trenches degenerates into savage and confused hand to hand fighting, with the close proximity of the two sides preventing artillery support.

Thiepval Chateau (That’s How The Light Gets In) 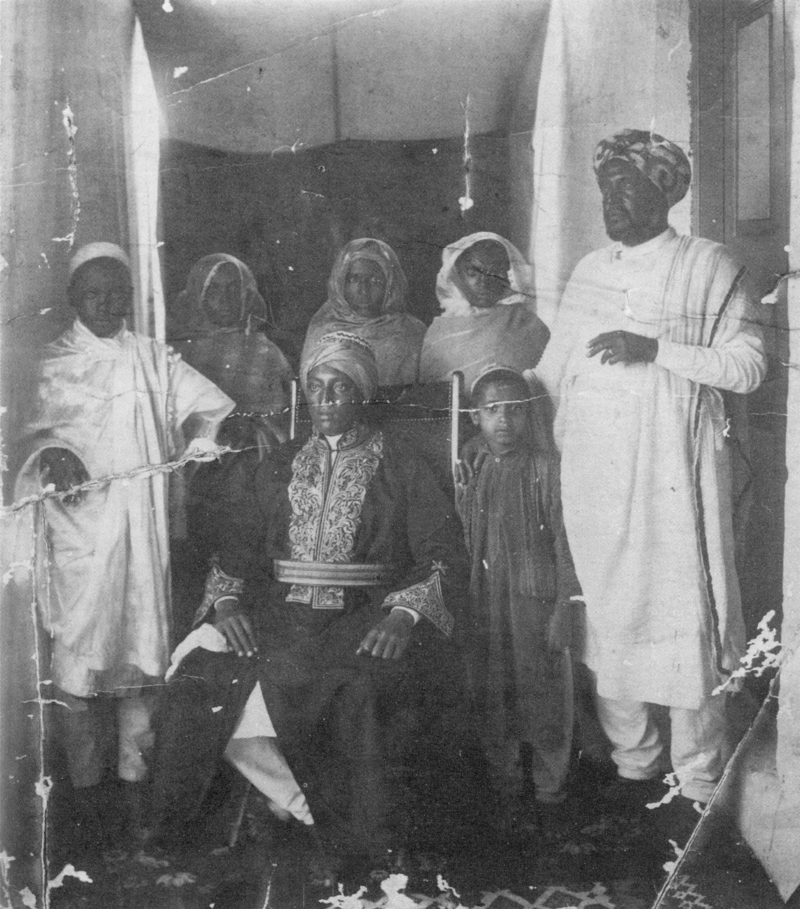 Abyssinia is the only country in Africa that has successfully resisted colonisation. The current emperor is the young Iyasu V. Iyasu as yet remains uncrowned but this is not stopping him from pursuing some interesting new policies. Abyssinia was one of the first countries in the world to embrace Christianity, but it has a substantial Muslim minority thanks to the empire’s expansion under Iyasu’s grandfather. Iyasu has been courting these Muslims, who have experienced some disaffection towards their Christian rulers.

In normal times the internal politics of Abyssinia would be of little concern to the world at large. But these are not normal times, with the world’s major powers locked in a battle for supremacy. Turkish agents have been operating in Abyssinia, seeking to secure an alliance with Iyasu. Iyasu appears to be increasingly close to the Turks and there are rumours that he has secretly converted to Islam. The Allies are concerned that he is promoting unrest among their Muslim subjects in neighbouring colonies, which could ultimately threaten control of the vital Red Sea trade route. 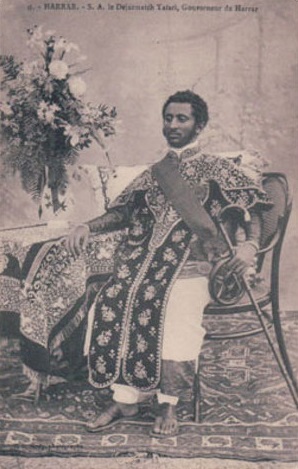 So the Allies have sent their own agents to Abyssinia, encouraging the country’s nobles to overthrow their young emperor. The nobles are happy to help, fearing that Iyasu will convert the country to Islam and undermine their prerogatives. Today, on the Christian feast day of Meskel, they strike in the capital Addis Ababa, declaring Iyasu overthrown. His aunt Zewditu is proclaimed Empress, with Duke (or Ras) Tafari Makonnen taking the role of regent. Ras Tafari is also declared to be Zewditu’s heir.

The Allies breathe a collective sigh of relief at Iyasu’s overthrow and effective replacement by the more sympathetic Ras Tafari, but they are not yet rid of Iyasu. He was outside the capital when the nobles struck. Now he starts to assemble an army with which to regain his throne.

Yesterday the British and French launched a major new offensive on the Somme, succeeding in capturing many German positions. Early this morning they manage to drive the German hold-outs from a position known as the Gird Trench. British casualties are light, thanks to the support of a tank, which strikes such terror into the Germans that they surrender en masse. The British are able to press on and exploit their successes.

Elsewhere the British attack the village of Thiepval. This was to have been taken in the battle’s first day in July, but repeated attempts have failed to dislodge the Germans and cost the British many lost lives. The going remains difficult. British and Canadian forces suffer great losses but are eventually able to secure the nearby strongpoint of Mouquet Farm. At Thiepval itself, the advancing troops are unable to keep pace with their creeping barrage and so must fight without its benefit. With the aid of another tank they are able to penetrate the village, albeit at great cost, but it remains unsecured. Thiepval will claim more lives yet.

The Somme offensive is a joint Anglo-French affair. However there is no single commander of the Allied armies, making coordination between the British and French difficult. Since the first attacks in July, the two armies have operated independently with very few simultaneous attacks.

Today though the British and French both attack the Germans. After a heavy bombardment the infantry move forwards in the afternoon. The British leave their tanks behind today, with the infantry advancing behind a creeping barrage.

Both the British and French make impressive gains. The British overrun the ruined village of Morval, arriving there almost as soon as the creeping barrage lifts, catching the Germans coming out of their shelters. The French liberate the village of Raincourt.

The success is not total: in some areas, German wire remains intact, slowing advancing troops. And the gains are incremental, with no sign that the advancing troops will be able to smash through to the open country behind the enemy lines. But still, the Allied commanders are pleased with the day’s progress.

Sharif Hussein, Emir of Mecca and Medina, has revolted against the Turkish Empire. His followers are gradually consolidating control of the Hejaz region of western Arabia. Mecca and Jeddah are securely in rebel hands. Control of Jeddah on the coast is important, as it allows an inward flow of arms and gold from the Allies. Now at last they have also managed to force the surrender of Ta’if, thanks largely to the help of Egyptian artillerymen sent over by the British. With the fall of Ta’if the rebels have also captured Ghalib Pasha, the Turkish governor of the Hejaz, who had taken refuge there.

However, not everything is going the way of the rebels. Medina remains in Turkish hands, with a strong army located there under Fahreddin Pasha. Elsewhere in the empire, Fahreddin has previously been involved in brutal actions against the Armenians. Now he hopes to give the Arabs a dose of the same medicine. He plans to march on Mecca and crush the rebellion.